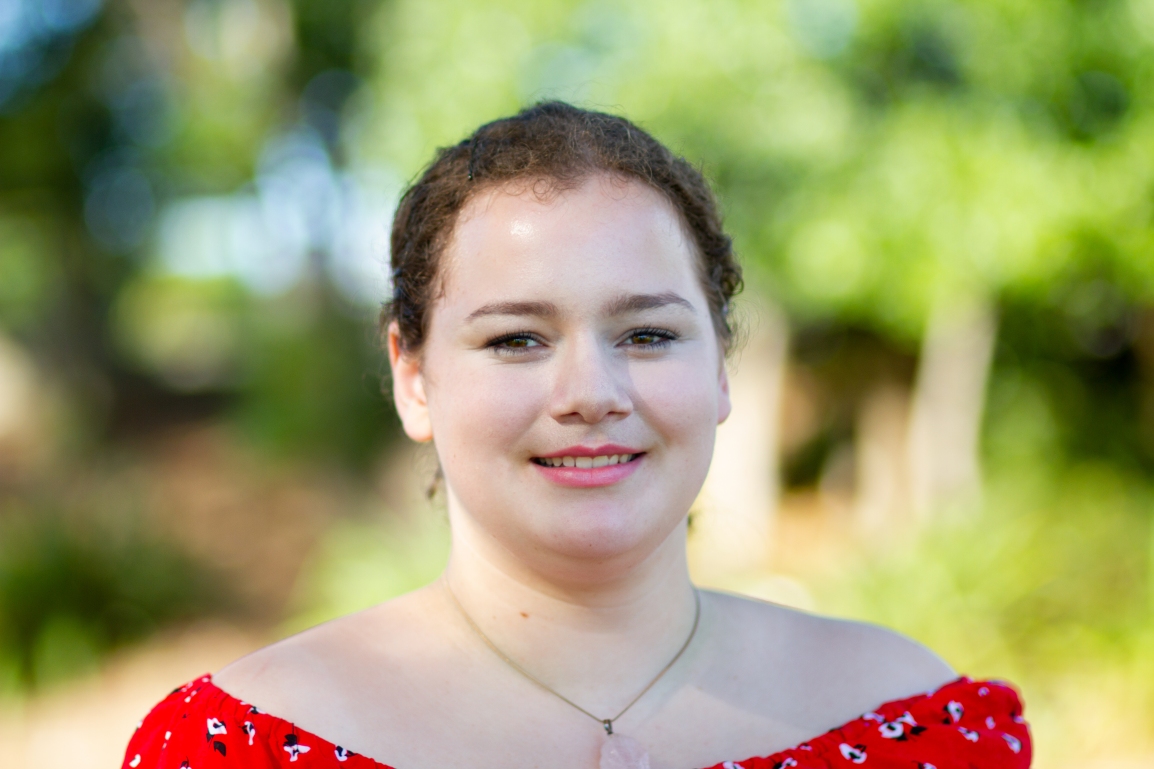 For Fibromyalgia Awareness Day, and Purple May we are sharing stories from our Fibromyalgia community! This piece is written by Amy Clements, a 19-year-old member of our West Auckland Support Group.

Growing up with Fibromyalgia

Symptoms can sometimes begin after a person has gone through physical or psychological trauma. For me, specialists said that my nervous system may have been prone to developing Fibromyalgia due to the chronic reflux I had as a young child, which caused me terrible chronic stomach pain.

The symptoms that I struggle with the most day to day are the pain and fatigue. There is not a moment of the day when I’m not in pain, and this leaves me very tired.

On bad days, doing the smallest amount of activity, such as supermarket shopping or climbing a flight of stairs can leave me exhausted. It feels like I have large, deep bruises all over my body, and the pain can migrate to and from different parts of my body throughout the day. I can get random pain in my scalp, my jaw, my teeth, the tips of my fingers and toes, and everywhere in between.

What makes dealing with this condition so much harder is that the pain is unpredictable. I never know where I’m going to hurt or how badly, until that moment. This makes planning things with friends, or even planning time to study, very difficult. I won’t try to sugar coat it; every day with Fibromyalgia is a struggle. 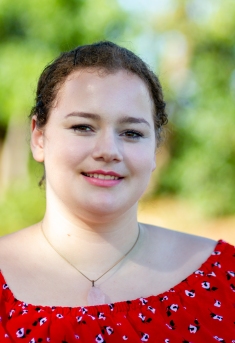 Growing up in the medical system

I was only seven when I first showed symptoms of Fibromyalgia.

I would constantly complain to my parents that my back and hips hurt, and nothing my parents tried seemed to ease the pain. They took me to doctors, but rather than give any answers, the tests came back clear. There are currently no diagnostic tests for Fibromyalgia, so it’s usually diagnosed by assessing symptoms and then ruling out any other conditions, which can make it hard to pin down. This was the case for me.

I was also seven when I was first told by a medical professional that I was faking my pain.

It broke my heart.

Unfortunately, this continued to happen throughout my childhood, and is a common theme for many people with invisible illnesses. While most of my health team did stay professional, there were also many who would accuse me of faking my pain for attention, or they’d accuse my parents of putting the idea that I was in pain in my head.

Sometimes I would joke to my mum that “I wish I was faking my pain- then my life would be a whole lot easier“.

I was constantly dismissed by doctors until I turned 16. The turning point for me was my mother fighting to get me out of the youth system and into the adult system. Finally in the adult system, I was put under the local chronic pain team, where I was able to see pain specialists and a physiotherapist.

I was treated so much better in the adult system – it was like night and day.

It took a few years and a bunch of experimentation to find a medicine plan that worked for me. While my medication doesn’t get rid of the pain completely, it dulls my pain enough that I can function for some of the day, most days of the week. However, since my levels of pain fluctuate, some days I still can’t function, even with my medication.

If I could give chronic illness sufferers one piece of advice, it would be to never let ignorant people dissuade you from getting the treatment you need for your symptoms, whether they are family members, friends, strangers, or even medical professionals.

Going Through School with Fibromyalgia

Attending school with Fibromyalgia was difficult.

By 11 years old, I had been coping with chronic pain for 4 years. The pain was no longer isolated to my back and hips; it had spread throughout my body. I was in year 8 at school, and during that year I became so burned out to the point that I would fall to sleep in class, despite the fact that I loved learning and tried my best to stay awake.

As a result of my health, my mother enrolled me in Northern Health School so that I could attend school on a part-time basis while also doing schoolwork at home. By the end of year 8 they had slowly increased the hours I spent at school again until I was back to attending full time.

As you can imagine, having an invisible disability and becoming overweight during puberty made me a target to bullies.

I was constantly called a “faker” and was teased for elements of my disability that I couldn’t control, such as my lack of athletic ability, constantly being on and off crutches, and the fact that I needed a cushion to sit on the floor. I was also, of course, targeted about my weight.

In all honesty, my life is far too full already to still harbour any resentment against the children, now adults, who made my school life miserable. For one, I can’t blame them for being ignorant children. And two, it’s not worth what little energy I have left.

During high school I really felt the effects of Fibromyalgia on my concentration and memory. Though I enjoyed classes such as Science and Calculus, I found them very difficult. My grades in these classes weren’t all that high because I simply struggled to absorb the information. I did much better in classes such as Photography, Graphic Design, Fabric Technology, and English.

I fought my way through high school, though I found some relief resting in the nurse’s office with a hot wheat pack. While I was constantly off sick at the beginning of my school career, by my final year I had managed to increase my attendance – even getting to over 90% for the year!

I Have Hope for the Future

Despite everything I’ve gone through, I’m happy with the direction my life is going in. I’m 19, I’ve moved out of my parent’s house and I’m studying Business part-time at University. For the average person, these achievements may not seem like much, but as someone with chronic illness, these achievements are taking every ounce of effort I can possibly give, and they’re something I’m really proud of.

I’m lucky that I have the support that I do. My mother has been my fierce advocate for all of my life, and my father has tried his best to understand what I go through daily. My parents could have easily dismissed my symptoms and told me to get over it. But they didn’t, and I’m forever grateful.

Then there are my two best friends. They’ve both been in my life since about 2013, and I couldn’t be more grateful for them. One has chronic pain issues, so we were able to relate to each other right from the beginning. And the other, while not experiencing chronic illness herself, has been so supportive of me for all these years. These two women are my rock. If you two are reading this, know that I love and appreciate you.

It’s very easy to get disheartened by chronic pain and a Fibromyalgia diagnosis. While I don’t believe that I will ever live without chronic pain, I aim to do the best I can to live the life I have been given. I make an effort to see and acknowledge the positive elements in my life and how far I’ve come, and my hope for the future is what keeps me going.

Please spread the word about Fibromyalgia, and let’s do our bit to break down the stigma around invisible illnesses.You can share Amy’s story, and show your support on our Facebook page!

Kāi Tahu in Tāmaki Makaurau • Indigenous • Keyboard & Wellness Warrior • Wearer of too many pōtae (hats) • Passionate about protecting the rights of Papatūānuku and all her people • Chronically ill but I don’t let it get to me… much • Founder of Fibromyalgia Aotearoa New Zealand • I’ll be a doctor one day. View all posts by Kera Sherwood-O'Regan

4 thoughts on “Growing up with Fibromyalgia – Amy Clements”

This site uses Akismet to reduce spam. Learn how your comment data is processed.